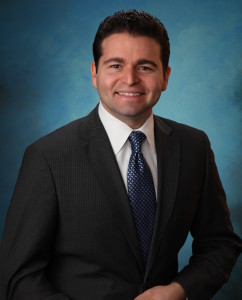 Glendale, CA – On Wednesday, March 22, 2017, the Glendale Chamber of Commerce named Louie Sadd the 2017 Man of the Year. This distinction was presented during their Annual State of the City Luncheon with Mayor Paula Devine, where Louie was honored alongside Natalie Profant Komuro of Ascencia who was named Woman of the Year, Dignity Health Glendale Memorial Hospital, named Business and Community Partner of the Year, and the YMCA of Glendale and Arts Colony Project, named Organization and Project of the Year. The Glendale Chamber of Commerce has a 110-year history serving Glendale, the 4th largest city in Los Angeles County.

About Louie: Louie Sadd is the founder and CEO of Datastream IT, a Glendale-based company that provides a broad range of IT services to a wide range of industries including financial services, engineering, entertainment, manufacturing, real estate development, and nonprofit.

Born and raised in Glendale, Louie attended Glendale public schools before graduating from USC with a B.S. in Accounting Information Systems. He has an ongoing dedication to serving the community in which he was raised. His current and past service on nonprofit boards include Glendale Adventist Hospital Civic Advisory Board, USC Young Alumni Council, USC Marshall Partners, Glendale Educational Foundation, Salvation Army of Glendale, Character & Ethics Project, the Campbell Center Corporate Council, Chairman of the City of Glendale Audit Commission, and he is currently completing 8 years of service on the Glendale Chamber of Commerce Board as Vice President.

Louie is thankful to have grown up with a supportive and loving family of grandparents, aunts, uncles, and cousins.  He is particularly appreciative for the inspiration, and motivation he receives from his parents, John and Suzi, his sister Danielle, and most of all, his incredible wife Tamar.